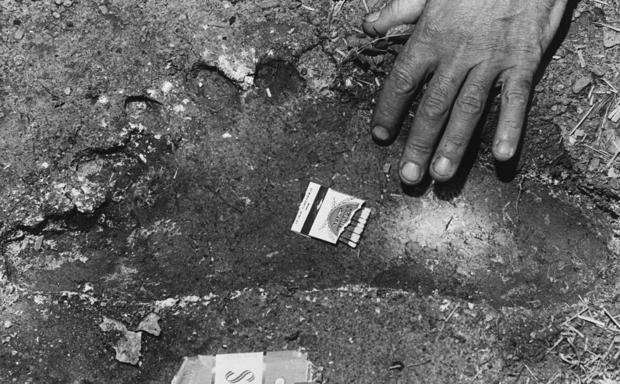 What defines the Pacific Northwest in the popular imagination? Surely a mix of stereotypical images comes to the average American’s mind: serial killers and indie rockers, strong coffee and liberal politics.

It’s one of the Northwest’s most familiar in-jokes. Sasquatch can be found on hipster mugs and T-shirts, and hairy beasts roam the streets on Halloween. A popular music festival is named after the creature. 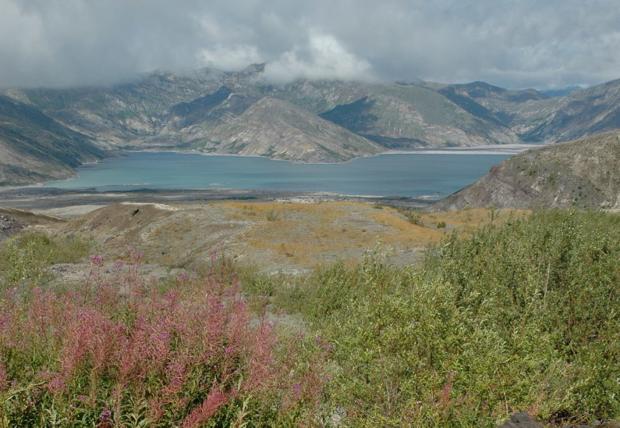 As a result, it’s been largely forgotten that intrepid investigators in these parts took the mystery seriously for years, tracking giant footprints and collecting reports of freaky whistling noises heard in the forest.

No one knows for sure when the Northwest’s Bigfoot legend truly began, but the most successful launching pad for the public’s obsession with it is known: a battle that supposedly took place in a narrow gorge on the east flank of Mt. St. Helens. The gorge is now called Ape Canyon.

That’s where, in the summer of 1924, a group of gold prospectors stumbled out of the woods, shaking and glassy-eyed, to tell of 7-foot-tall ape-like animals attacking them with boulders.

Fred Beck, Gabe Lefever, John Peterson, Marion Smith and Smith’s son Roy described coming upon “gorilla men” near where they had built a small cabin for their gold-hunting forays.

They claimed they were eight miles from Spirit Lake when they encountered four of the giant animals moving through the forest with erect, human-like strides. “They are covered with long, black hair,” The Oregonian reported, relating the descriptions offered by the men. “Their ears are about four inches long and stick straight up. They have four toes, short and stubby.” The witnesses estimated each animal weighed about 400 pounds. 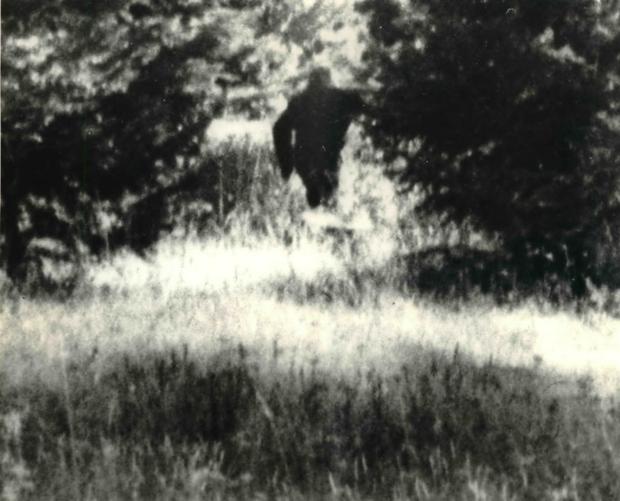 A 1970s Bigfoot photo submitted to The Oregonian by a hiker. (Oregonian archive)

Taken aback at the sight of the huge beasts, Fred Beck fired his rifle at one of the creatures, and, struck three times, the wounded animal toppled off a cliff. (Beck reportedly claimed years later that another member of the party fired the shots.)

The violence proved a mistake.

That night, the men said, they were awakened when huge stones began clomping against the outside of their cabin. Then they heard — and felt — giant bodies slamming against the walls and door. The ape-men were seeking revenge.

The beasts eventually tore a hole in the roof, allowing them to target Beck.

“Many of the rocks fell through a hole in the roof, and two of the rocks struck Beck, one of them rendering him unconscious for nearly two hours,” The Oregonian reported. 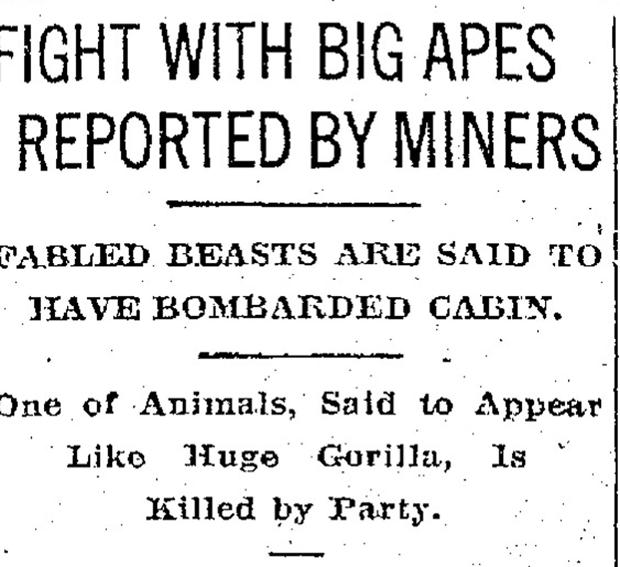 Finally, the prospectors said, the sun began to come up, which prompted the animals to break off their attack and slip away. The men poked their heads out the door and, when they decided the coast was clear, ran out of the woods.

Tales of giant “ape-men” weren’t exactly new to the area. Hunters, lumberjacks and prospectors had seen massive footprints now and again over the years, and Native Americans in the area had spoken of “mountain devils.” But few people seriously worried about the possibility of huge, unknown creatures being out there in the forest.

That changed when the gold-hunters returned to civilization that summer day in 1924. The dramatic story of their battle with large, human-like beasts was irresistible — and thus hard for people to dismiss.

With news reports and word-of-mouth causing a local sensation, the U.S. Forest Service decided to investigate. 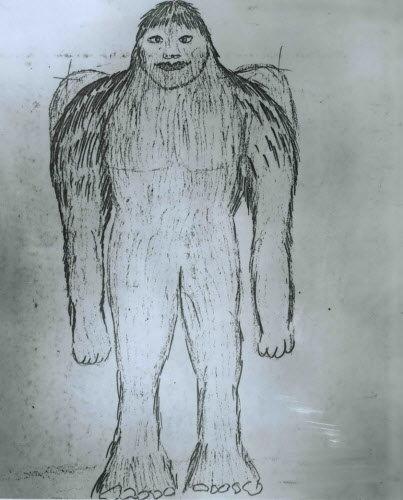 A sketch by Richard Brown of what he said he saw in headlights of car as he drove to the Pinewood Trailer Court near The Dalles in June 1971. (The Oregonian archives)

Rangers J.H. Huffman and William Welch hiked into the forest with Beck, who took them to the cliff where he said the wounded ape-man fell.

“[A] ranger scrambled down the supposedly inaccessible canyon and found — nothing,” The Oregonian wrote.

Beck and the rangers continued on to the prospectors’ cabin, and Beck pointed out the large stones that had been used in the attack. Huffman and Welch weren’t impressed, concluding that the gold miners had probably placed the large stones themselves.

But, an Oregonian reporter asked the rangers when they returned to Kelso, Wash., what about the 14-inch-long footprints found near the cabin?

Huffman created an imprint in the ground using the knuckles and palm of his right hand. “They were made that way,” he said. 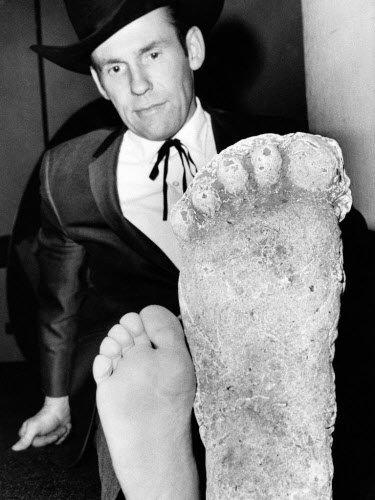 In 1967, Bigfoot hunter Roger Patterson compared his foot with a cast he made of a footprint. (Oregonian)

Despite the rangers’ debunking of the story, people still wanted to believe — and the tale continued to spread.

“Friends and acquaintances of the five men who reported their experiences are of the belief that they actually saw something which cannot be explained,” The Oregonian reported later that summer.

“Mr. Wannassay described them as between nine and ten feet tall, correspondingly large in stature and their bodies covered with long hair,” The Oregonian wrote. The report continued: “They were never seen, traveling only at night.” 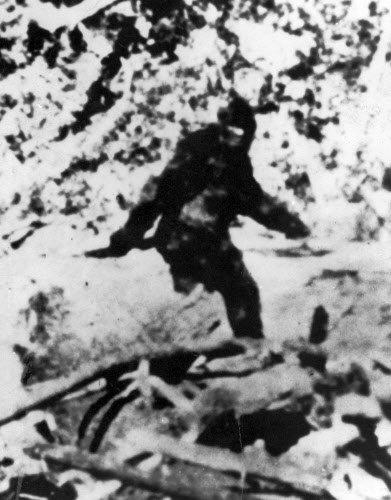 Wannassay insisted the animals were “harmless.”

In the years that followed, the prospectors’ story would be repeated time and again, inspiring various sightings of and theories about the beasts.

“Since then,” Oregonian reporter Anita Nygaard wrote in 1974, “tracks have been sighted on the Lewis River, attested to by rational and honest witnesses; occasional campers and motorists have been startled by glimpses of huge and mysterious hairy creatures walking like men, disappearing into the woods.”