“Dr. Don Lincoln is a physics researcher who studies the laws of nature. He is the author of “Alien Universe: Extraterrestrial Life in Our Minds and in the Cosmos.” Follow him on Facebook. The opinions expressed in this commentary are his.”

(CNN)Last month, The New York Times published an article describing a secret government program investigating reports by military pilots of unidentified flying objects they encountered in the course of their daily duties. The media was awash with stories of flying saucers and extraterrestrial encounters, with scientists downplaying the likelihood of alien visitation and UFO enthusiasts exclaiming their excitement.

While I sit very firmly on the side that believes these reports more likely have an unremarkable and terrestrial explanation, whether alien life exists is a very real and credible scientific question. What is the possibility that life — and even intelligent life — exists around a star other than our own? And how can we find out? 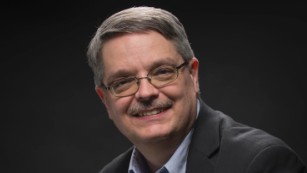 In 1961, Frank Drake wrote down what is now called the Drake Equation, which is frequently used to help guide thinking about extraterrestrial life. The equation multiplies a string of probabilities — such as the fraction of stars with planets, the fractions of planets that are habitable, and the percentage of times intelligent life forms — to give an estimate of the likelihood that we are not alone in the universe.

When Drake wrote down his equation, very little was known about any of these probabilities. They were all pretty much guesses. However, using the best guesses of the day, he estimated there were 10 planets in the Milky Way galaxy emitting radio waves and thereby detectable in principle by Earth-based radio telescopes.

A lot has changed in the last half-century and we now have a much better understanding of some of these numbers.

So, what do we know for sure?

While the universe is vast, let’s restrict our investigation to only our own Milky Way, as other galaxies are very far away and the idea of traveling between them is even more daunting than interstellar travel. So, I’ll only talk about our celestial neighbors.

The Milky Way has about a hundred billion stars in it, with some estimates four times larger than that. In 2009, NASA launched the Kepler spacecraft to search for planets around distant stars. What the Kepler mission found was nothing short of astounding. We know that most stars have planets (over 80%). About a quarter of those planetary systems have a planet at a distance from the star that would allow for liquid water. And, of those, 10% to 20% of the time those planets are around the same size as Earth. Combining those numbers, we can estimate with some accuracy that the number of possibly habitable planets in our galaxy is in the neighborhood of 2 billion.

While there is some uncertainty in this estimate, it is relatively firm. We are far less certain in our estimation of whether life will be created, if it will survive, and if intelligence will evolve. If these life-related probabilities are high, say above 50%, then life should be extremely common in our galaxy. If those numbers are low, we could be alone.

For all these factors, we only have our own Earth to guide us. And, of course, generalizing from a single instance is not a wise thing to do. However, we are not completely ignorant even with just our single planet to study.

What can Earth tell us?

No matter the estimate, it is clear that life formed on Earth very soon after the planet cooled enough to have liquid water. This suggests that the formation of life is easy. Were it difficult, one would expect that it would have taken longer. This is not an airtight argument, to be sure. But it is a reasonable one.

Although life formed very early in the life of our planet, multicellular life came much later. It wasn’t until oxygen permeated the atmosphere that more complex life could be supported. It was about 540 million years ago that life from which humans evolved came into existence. The fact that it took 3-4 billion years for “our” kind of cells to evolve suggests this process is slow and not at all guaranteed. It requires an abundant supply of a volatile chemical like oxygen to happen at all.

However, we also know that life has survived for about 4 billion years, no matter how many times the universe has tried to snuff it out. The impact 65 million years ago that killed the dinosaurs was a dramatic event in the history of Earth, but it was dwarfed by the Permian extinction 250 million years ago, when 90% of the species on the planet went extinct. Yet life survived. Under Earth-like conditions, life is hardy.
The evolution of intelligence seems to be rarer. Until humans evolved, no other forms of comparable intelligence existed. It is somewhat arbitrary where to draw the line, but our own species, Homo sapiens, came into existence perhaps 200,000 years ago. The earliest species of the genus Homo was Homo habilis and they first evolved around 2 million years ago. By either definition, humanlike intelligence took a long time to appear. Further, if humanity were to go extinct tomorrow, there are no species around that are likely to quickly evolve intelligence. Granted, there are species that are more intelligent than others, but their path to humanlike intelligence is by no means assured. From this, it is possible to provisionally conclude that the evolution of intelligence is rare.

Thus, from what we know and can infer from observation, planets are common, life is probably common and intelligence is rare. We can also conclude that life is hardy on Earth, but Earth may exist in an unusual environment. After all, for life to exist, its host star must be stable and it must not be too close to other stars that could go supernova and bathe the Earth with sterilizing radiation. Indeed, some calculations predict that stars near the center of our galaxy — a relatively hostile environment — are not good candidates for life to flourish. Some predictions say that only about 2% of stars exist in benign portions of the galaxy, which means that there are maybe 40 million Earth-like planets in our galaxy.

So, what’s the answer? Are we alone in the universe? The honest answer is that we don’t know. We know that planets that could support liquid water are common. But we don’t know much about the origin of life and the probability that it will evolve as it did on Earth. From what we have seen on Earth, it seems that the creation of life is relatively easy, but the evolution of intelligence is hard. Taken in aggregate, it does seem that extraterrestrial life should exist and there may be planets where our cosmic cousins also look at the sky and dream.

Nobody can tell you for sure what those Navy pilots saw (although I’d bet real money that it was something ordinary). But it’s a big universe and it seems that life could very well be common. There may come a day when an alien craft lands on the White House lawn like in the 1950s movie “Earth vs. the Flying Saucers,” or, more likely, we hear the first signals in our giant radio telescopes.

Then we would know, once and for all, that we are not alone.