The Queen Mary once labeled as one of the “Top 10 most haunted places on Earth” by Time Magazine, has launched its famously haunted Stateroom B340 for overnight guests starting this month. The first time I visited the ship I personally felt its ghostly vibe and was eager to explore areas previously not made available to visitors.

The infamous stateroom has a large number of recorded paranormal activity with numerous stories of haunted encounters recorded in the ship’s logs. Its dramatic history proves many lives were lost aboard the ship adding to the mystery of the famed ship.

When WWII began in 1939, the Queen Mary was converted into a transport ship for Allied troops and was nicknamed “The Grey Ghost.” Throughout the war, she transported 800,000 troops to Europe and in 1942 while carrying 10,000 troops she collided with her escort, the HMS Curacoa slicing it in half. Because of the threat of the enemy nearby, the Queen Mary was forced to leave the 239 crew and ship to perish beneath the sea.  The Queen Mary was retired in 1967 after failing to attract popularity due to the advancements in air travel.

The Queen Mary labeled the “Grey Ghost” during WW II

Currently one of the most popular tourist attractions in America, she has become a hotel and museum permanently docked in Long Beach, California. Throughout the years, however, the staff and visitors began to report unusual happenings with ghosts and alarming sounds appearing throughout the ship.

Screams and violent noises were reported in the boiler room where an 18-year-old sailor was severed in half by a heavy door where he was trapped. A young girl also haunts the ship as she plays a nightly game of hide and seek with the guests in the empty swimming pool.

The ships Queen’s Salon also contains many reports of paranormal activity with a Woman in White (reported to be a first-class passenger) residing there as she slides across the floor in a long gown dancing to a silent orchestra. It is believed that many spirits attach themselves to antique furniture or personal items remaining on the ship. 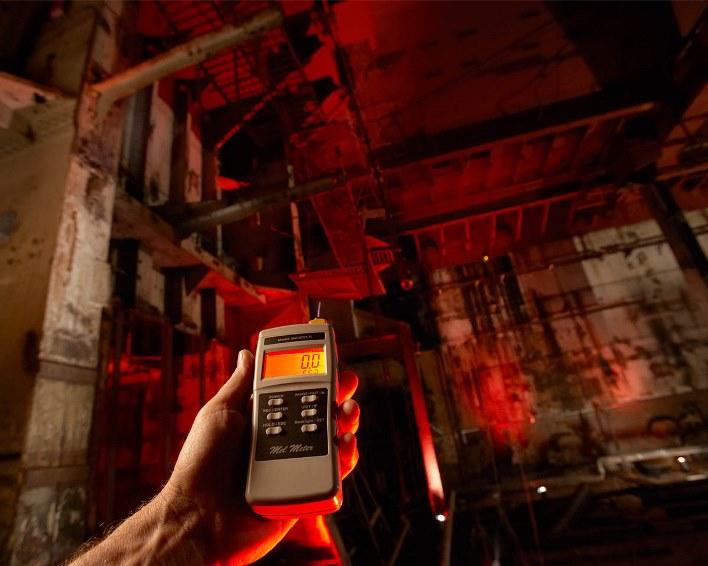 Ghostmeter aboard the Queen Mary

The infamous B Deck once contained the third class cabins and is now used for guests of the Queen Mary Hotel. Long hallways of shiny wood paneling and burgundy carpets eerily add to the paranormal feeling throughout the deck. With 314 staterooms and 13 suites, the most famous of them all is suite B-340 which used to be three third class staterooms and were converted into one large suite. 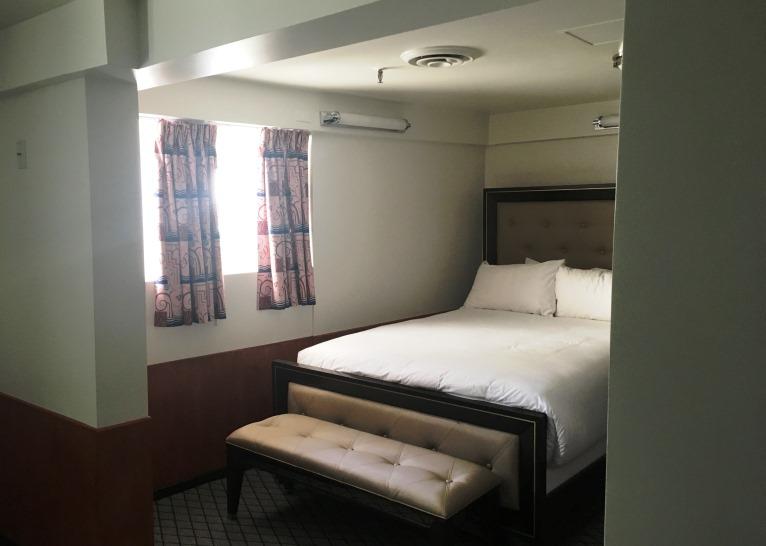 Inside the haunted suite in the Queen Mary

Not luxurious by any means, this suite offers basic furnishings, simple design and has two small portholes. The lower level passengers did not experience the luxury of the other well-heeled guests. The Queen Mary stopped accepting guests to this suite due to so many complaints that it was haunted. Footsteps, faucets turning on and off and toilets flushing on their own were all common complaints.

But after numerous companies tried to rescue the failing enterprise (including Walt Disney Co.) wanting to convert it into a luxury hotel, it never worked out.  Now the new operators of the ship are capitalizing on the haunted luxury line to drive new interest in the infamous ship. 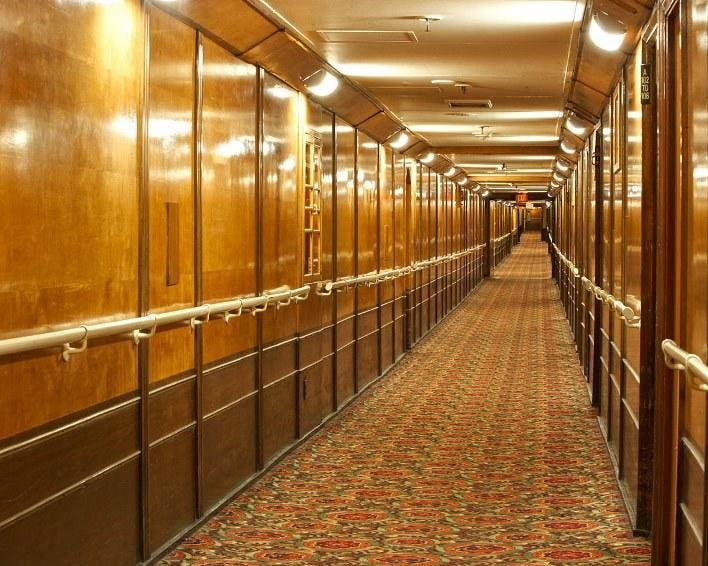 Due to increased popular demand with guests wanting to experience an overnight in suite B-340, they decided to open it up for reservations at $499 per night. Guests who stay in the room will be offered a ghostly package including a chest with Ouija board for private seances, tarot cards, a crystal ball and even ghost hunting equipment.

But the future may look a lot brighter for the struggling Grand Dame as developers plan on eventually converting the ship into a major entertainment complex and retail district incorporating the surrounding city-owned land. 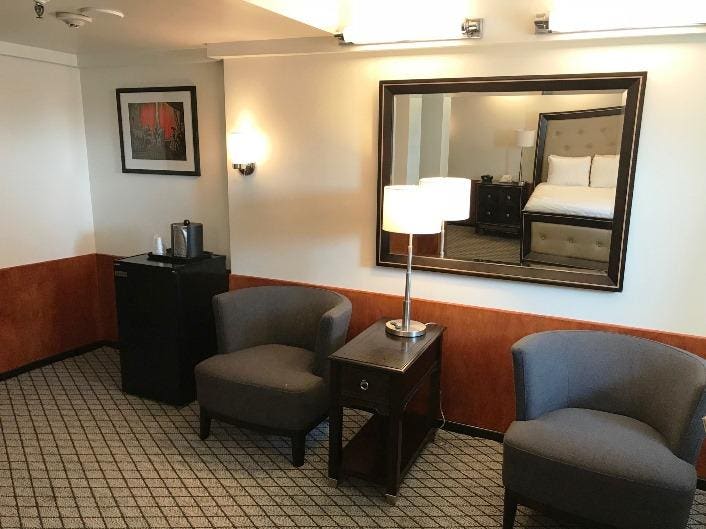 Inside the haunted suite at the Queen Mary